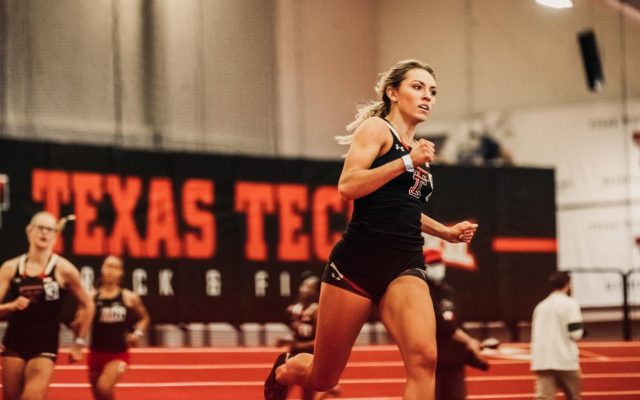 LUBBOCK, Texas – Texas Tech wrapped its fourth home meet of the season Saturday with a handful of personal bests and a program top-10 mark.

For the second time in her career, Lexye Price ran one of the top-10 times in school history in the 600y. The junior clocked 1:20.97 in the first running event of the day, finishing second overall but landing seventh in school history. She now own the seventh- and 10th-fastest 600y times in the Tech record books. Price ran the heat with the school record-holder, teammate Sylvia Schulz. Schulz ran a season-best 1:21.71, continuing her pursuit of the 1:20.13 record she set at last year’s Big 12 Indoor Championships.

For the second straight meet, Peyton Ricks ran a career best in the 200m. The junior clocked 23.71 to lower her collegiate PR by seven-hundredths of a second. Ricks continues to hold at fifth in the conference. Joining her in PRs in the 200m Saturday were Kiah Dubarry-Gay (24.15) and Simone Watkins (24.33). Le-Taija Jackson ran 24.14 in her first 200m of the year.

Long distance was highlighted by Edward Rush, who won the 3000m with a personal-best 8:33.32. Rush’s PR in the 3K came two weeks after running his best mile time at the Texas Tech Invitational.