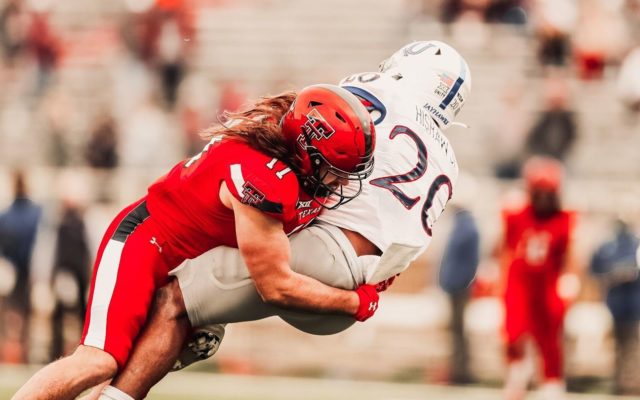 LUBBOCK, Texas – Texas Tech senior linebacker Colin Schooler was named Monday to the watch list for the Dick Butkus Award, which is presented annually to the nation’s top linebacker.

This is the second preseason watch list already this summer for Schooler, who was previously recognized as a candidate for the Bednarik Award (nation’s top defensive player) last week. Schooler was one of 51 linebackers tabbed to the watch list, which include seven players from the Big 12 Conference.

Schooler, one of the most experienced players, yet alone linebackers, in college football entering the 2021 campaign, is a four-time All-Conference honoree after garnering honorable mention accolades three times at Arizona and then again in 2020 following his debut season with the Red Raiders.

His return for a final season makes the California product the active FBS leader with 375 career tackles and 51.0 career tackles for a loss. Schooler recorded 63 tackles, including five that went for a loss, during the COVID-shortened 2020 season a year ago where he arrived on campus just weeks prior to Texas Tech’s opener against Houston Baptist.

Formed in 1985, the Butkus Award honors linebackers at three levels while supporting causes important to the Butkus family. The award is selected by a 51-member panel of coaches, scouts and journalists with the winner presented on campus in December.

Schooler and the Red Raiders open the 2021 season Sept. 4 in the Texas Kickoff against Houston. Kickoff between the Cougars and Red Raiders is slated for 6 p.m. from NRG Stadium in Houston.