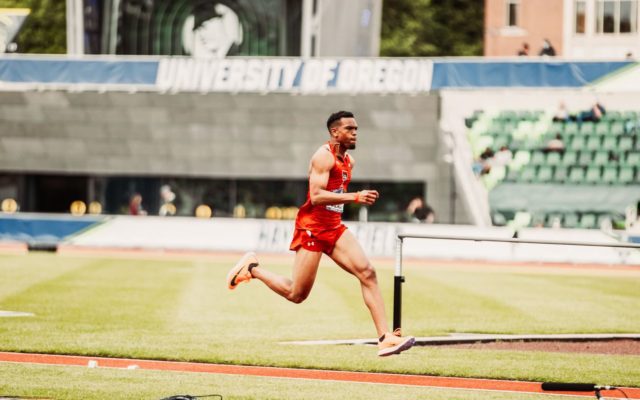 LUBBOCK, Texas – Jalen Seals became an All-American for the third time this year, while the heptathletes completed four of their seven events on day three of the NCAA Outdoor Championships.

Jalen Seals finished 10th in the triple jump at his NCAA Outdoors debut, making him a Second Team All-American. He was an All-American in both the long and triple indoors, and now has his first career outdoor All-America award. Seals achieved as much with a lifetime-best leap of 53’-0.75” (16.17m) – the first 53-foot mark of his career.

Kaylee Hinton and Callie Jones made history Friday, competing as the first Tech heptathlon duo at a national meet in school history. Hinton finished her first four events with 3,438 points to enter Saturday in eighth place, while Jones’ 3,047 points have her in 21st.

The 4×100 relay finished its season after running a 39.14 in the semifinals to make the final. In the final, a missed exchange resulted in a dropped baton and disqualification. The foursome lined up for the final included Courtney Lindsey, Jacolby Shelton, Ashton O’Conner and Terrence Jones, Jr.

Saturday, the final day of the meet, will feature the end of the heptathlon as well as Ruth Usoro competing for a triple jump title.