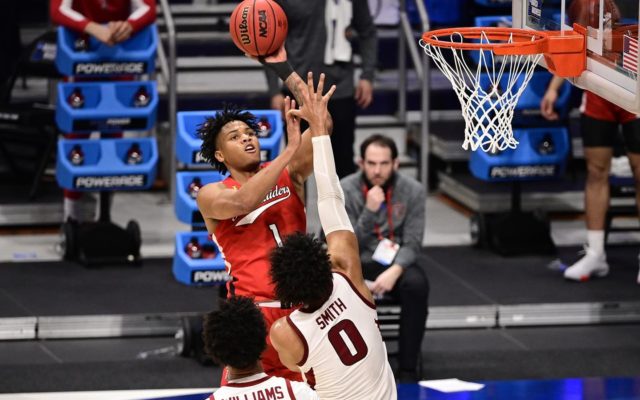 After declaring his decision to go through the NBA Draft process in April and working out at the NBA Combine and for multiple teams, Shannon announced a return for his third season on Wednesday which was the deadline day to withdraw.

Shannon earned All-Big 12 Third Team honors in his second season with the Red Raiders where he averaged 12.9 points, 4.0 rebounds and 1.1 steals per game. A Chicago, Illinois native, he was also named to the Academic All-Big 12 Second Team and was a finalist for the Julius Erving Award after earning Big 12 All-Freshman Team honors last season.

“We’re really excited to have him back with us,” Texas Tech head coach Mark Adams said. “He brings back two years of experience playing in the Big 12 and has shown that he is a one of the top players on the offensive and defensive end of the court. TJ keeps getting better and has proven to be a hard worker. We fully supported him in going through the NBA Draft process but couldn’t be happier about his return to Texas Tech. He’s going to be one of our biggest leaders this season and I’m looking forward to helping him develop his game even more.”

A versatile guard for the Red Raiders, Shannon scored in double figures in 22 games last season including leading the team with 20 points against Arkansas in the NCAA Tournament Second Round. He scored a season-high 23 points and recorded a double-double with 10 rebounds in the win at LSU and also went over 20 points in wins over Oklahoma and Kansas State. Shannon finished his sophomore season with 30 3-pointers after going 3-for-4 against the Razorbacks in the final game of the season after matching a career-high with four 3-pointers in the Big 12 Championship quarterfinals against Texas.

Through two seasons at Texas Tech, Shannon has scored 644 points, grabbed 231 rebounds and came away with 58 steals. He averaged 9.8 points per game as a freshman, including scoring a career-high 24 points at DePaul. Along with his scoring, Shannon had 39 assists this season (1.4 per game) highlighted by a career-high six assists in the road win at Iowa State.