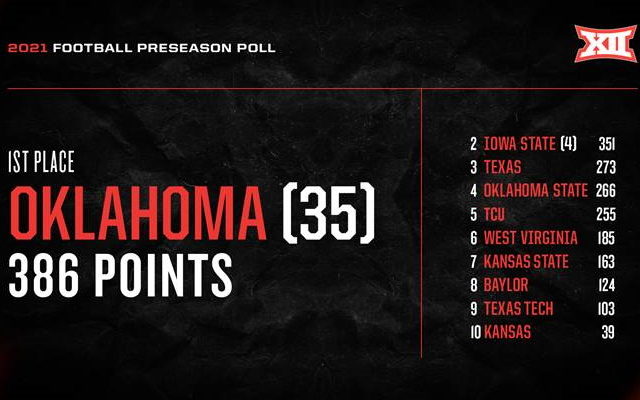 Oklahoma is the choice for the sixth straight year to win the Conference title in the Big 12 Football Preseason Poll, voted on by media representatives.

This year marks the ninth since 2011 in which the Sooners topped the preseason rankings. They have captured a Big 12-record 14 league titles, including the last six.