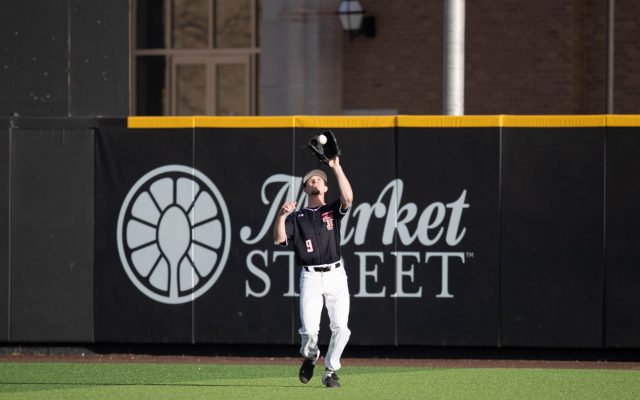 LUBBOCK, Texas – The No. 6 Texas Tech baseball team scored nine runs in the fifth to run away with a 16-6 victory against South Florida on Friday night in the series opener of a three-game set at Rip Griffin Park.

The win was No. 318 for Texas Tech head coach Tim Tadlock, moving him past the late Kal Segrist into second place on the school’s all-time wins list behind Larry Hays, who finished his storied career with 813 career wins in the scarlet and black.

The Red Raiders (17-4, 2-1) blasted four home runs and tallied 14 hits in the contest by nine different Red Raiders. Dru Baker and Drew Woodcox led five Red Raiders with multi-RBI efforts as both finished with a career-high four in the category.

Outfielder Dillon Carter made his season debut and wasted no time making an impact as he left the yard on the first pitch he saw. He hit a two-run home run to right center that gave the Red Raiders a 2-0 lead in the second.

The Bulls (9-10) got on the board in the fourth, but Tech would respond an inning later with its highest-scoring frame of the year. Tech posted nine runs in the fifth on eight hits, four of which were for extra bases. Woodcox led off the frame with his first career home run and followed with a second blast in the same inning to become the first Red Raider since Cameron Blair in 2004 to hit two homers in the same inning.

Tech carried an 11-1 lead into the sixth thanks to a strong start from sophomore Brandon Birdsell. The Willis, Texas, native allowed one run on five hits with eight strikeouts and no walks in 5.0 innings of work. It marks his third straight start to go at least five innings with one earned run allowed.

The Bulls narrowed the lead to 11-4 with a three-run sixth, but Tech put it away for good after the stretch, adding five more runs to the board for a 16-4 advantage. Baker had an RBI double in the frame, Kurt Wilson legged out his first triple since 2018 and Cole Stilwell capped it off with a pinch-hit three-run blast.

The Red Raiders and Bulls return to the diamond on Saturday with a 2 p.m. first pitch. Left-hander Patrick Monteverde (4-0, 0.93 ERA) will be on the mound for the Red Raiders against right-hander Dylan Burns (1-2, 3.38 ERA) for South Florida.