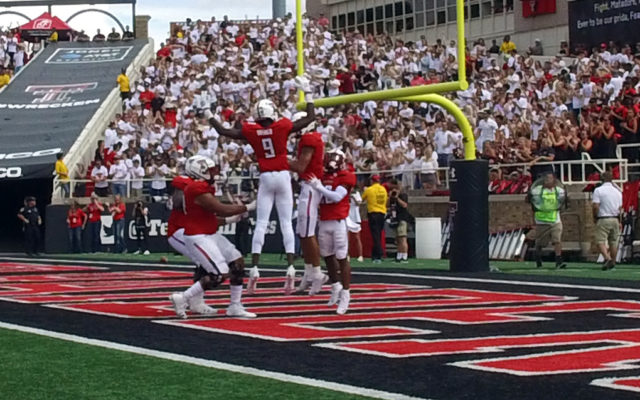 LUBBOCK, Texas – Texas Tech, as part of the Big 12 Conference’s recently-adopted “9+1” scheduling format for the 2020 football season, has formally agreed to host Houston Baptist on Sept. 12 inside Jones AT&T Stadium.

The Huskies will be Texas Tech’s lone non-conference opponent in its 10-game schedule as the Red Raiders will open the season against Houston Baptist before embarking on Big 12 play. The 10-game schedule format was formally finalized by the Big 12 Conference on Monday evening.

“While we are disappointed we aren’t able to play a full 12-game schedule, we are looking forward to hosting Houston Baptist and five Big 12 games at home this season,” Director of Athletics Kirby Hocutt said. “We are close to finalizing our seating plans for Jones AT&T Stadium and should be sharing those details with our fans soon.”

This will be the first ever meeting between Texas Tech and Houston Baptist, a Southland Conference member. The Red Raiders are 23-1 all-time against FCS opponents with wins in each of their last 19 such games.

All three have previously served in support roles on the Texas Tech staff as Kittley is the son of longtime Red Raider track and field head coach Wes Kittley, while Schovanec is the son of Texas Tech President, Dr. Lawrence Schovanec. Kaster was a three-year starter at center for the Red Raiders, starting in the final 37 games of his career before joining the coaching profession as a graduate assistant.