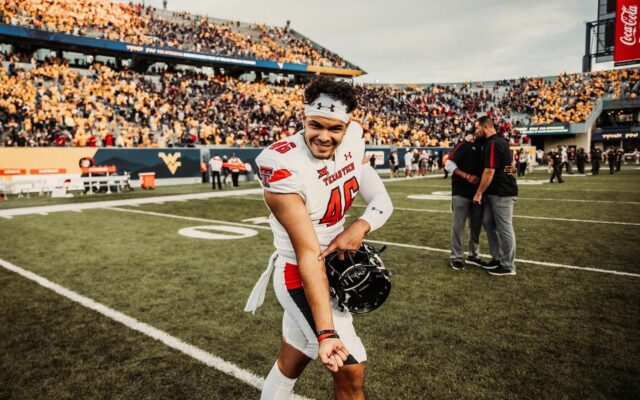 LUBBOCK, Texas – The Big 12 Conference announced on Monday that Texas Tech’s regular season finale on Nov. 27 at Baylor will kick off at 11 a.m. Television coverage will be provided nationally on FS1.

Following the vast majority of games being aired on the ESPN family of networks this season, the Red Raiders will be featured by the FOX networks back-to-back weeks to close the year. The Red Raiders conclude the regular season at home this Saturday with a primetime matchup on FOX, starting at 7 p.m., followed by the road contest at Baylor on FS1.

Texas Tech’s 2019 trip to Waco was its first since the series moved back to campus sites. It was a thriller that ended on the wrong side for the Red Raiders, a double-overtime 33-30 loss, led by then-redshirt freshman SaRodorick Thompson’s 153 rushing yards – which still stands as a career-high for the third-year player. The two squads met at a neutral site in the DFW metroplex each year from 2009-18.