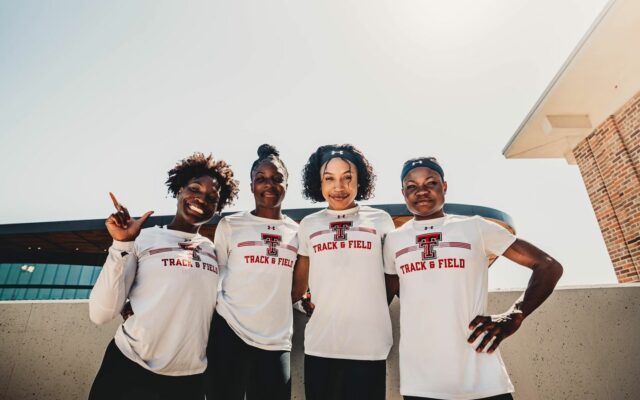 AUSTIN, Texas – Two school records went down on the final day of the 94thClyde Littlefield Texas Relays presented by Truist Saturday afternoon. The Texas Tech track and field team etched new marks in the women’s 4×100 relay and in the long jump.

“Really great two days for us this week,” said head coach Wes Kittley. “Four wins at the Texas Relays is very hard to get. Two school records and just some really good performances. I believe we came out of this meet pretty healthy and hopefully can create some momentum for the weeks to come. Overall, a good weekend!

The team of Virginia Kerley, Kiah Dubarry-Gay, Demisha Roswell and Rosemary Chukwuma started off the morning with the school record time of 43.11 in the 4×100 (third place) – a day after etching the second-fastest time at 43.62. The record of 43.53 stood alone since 2012.

The second TTU record to go down Saturday afternoon was taken place in the long jump by Monae’ Nichols. The Florida native registered at 6.80m (22-3.75) on her first jump. The mark broke her teammate’s (Ruth Usoro) 2021 record of 6.76m (22-2.25). Nichols finished the competition second overall.

Over in the women’s discus, Seasons Usual claimed Tech’s fourth win of the week. Her winning throw was marked at 58.10m (190-7) as she took the lead on her third attempt.

Grace Cunningham represented the Red Raiders down the road in San Marcos at the Texas State Bobcat Invitational in the high jump. The freshman soared over the bar at 1.65m (5-5) for a new PR and season-best mark.

Texas Tech is back in action next weekend hosting the Masked Rider Open (April 1-2).