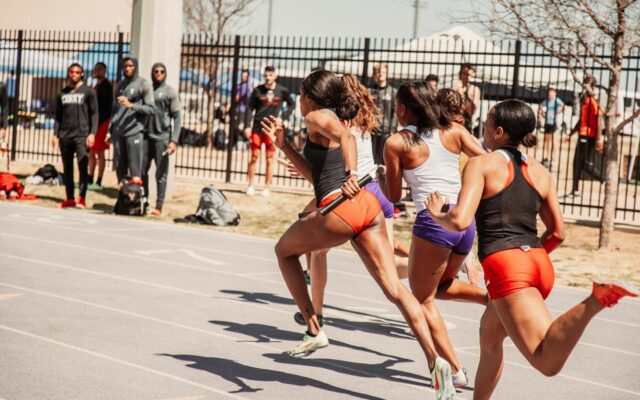 ABILENE, Texas – The Texas Tech track and field team concluded the Wes Kittley Invitational Saturday evening at Elmer Gray Stadium, highlighted by Aneesa Scott registering a new PR in the 200 at 23.07 – the No. 1 time in the NCAA currently.

Scott’s best 200 time coming in was 23.64 and her new mark sits atop the NCAA standings ahead of Georgia’s Kenondra Davis (23.23). Knowledge Omovoh was second with a time of 23.46 – tied for third in the NCAA – while Mercy Umoibang made her collegiate debut coming in fifth at 24.20.

The morning began with the women’s javelin as Maria Sotomayor claimed third with a throw of 40.83 (133-11) to kick things off for Tech. Right after, the men stepped in and they were led by Garrett Wade with a winning toss of 65.11m (213-07). It was the first time in his career that Wade surpassed the 200ft mark.

The 4×400 relays capped off the evening highlighted by the tandem of N. Dubarry-Gay, Le-Taija Jackson, Lexye Price and Michaela Lewis combined for a time of 3:41.09 for first overall.