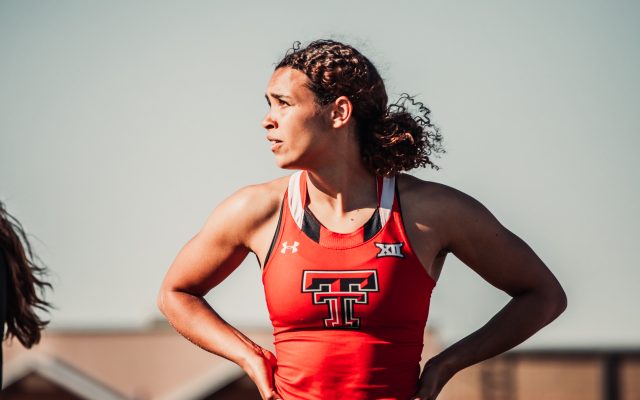 AUSTIN – Texas Tech wrapped up the Texas Relays on Saturday. The Red Raiders will use the week as an early competitive experience as outdoor officially gains momentum across the country.

Prior to anchoring the relay, Price ran a monstrous PR in the 400H. Price, who Thursday ran 58.58, clocked 58.05 in the finals. It was a huge career best for the junior, who before last weekend in Abilene had never gone sub-60 seconds in the race.

Sidney Sapp cleared an outdoor PR in the ‘A’ section of the high jump. Down to her final attempt at 5’-10.5” (1.79m), Sapp grazed the bar but earned a white flag on the height, making her one of three to advance to make attempts at 5’-11.5” (1.82m). She would go out at that height, but her 1.79m clearance is her best performance since beginning her career at Tech this season.

Jequan Hogan came within two inches of a career best in the triple jump. His best jump came in at 52’-8.75” (16.07m) on his fourth attempt. It was just the third time he has gone over 16 meters in his college career.

Kittley had a combined four runners in the 800m races. Joanna Archer led the way as the lone woman from the mid-distance group running Saturday. Her 2:08.18 led her to a heat win and third place overall in the five-section final. The time was a PR for Archer.

The men were led by Sven Cepus and Marco Vilca. Vilca led through one lap after running the first 400m in 53.60 – the second-best of anyone from the five-section final. It was Cepus, though, who kicked in 55.15 to finish ahead of his teammate at 1:49.30. Vilca was just four one-hundredths of a second behind at 1:49.34.

Next for the Red Raiders is a one-day trip to Waco for the Baylor Invitational on Saturday, April 3.