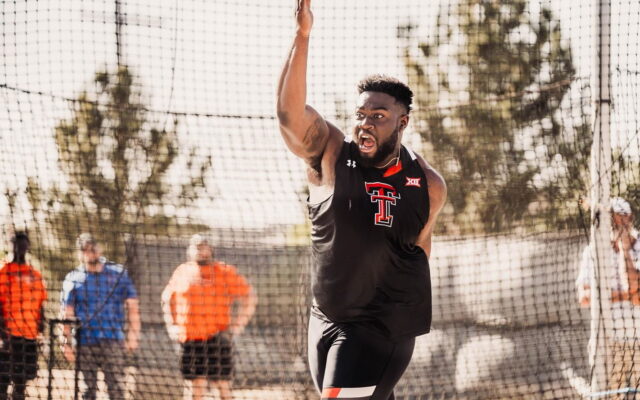 LUBBOCK, Texas – The Texas Tech track and field team wrapped up day one of the Corky/Crofoot Shootout with the throws portion Friday evening. Meanwhile, Moad Zahafi represented Tech at the Drake Relays running in his first-ever 1500 as he broke Tech’s 2021 school record.

Racing in windy and light rain conditions, Zahafi placed second overall with a school-record breaking time of 3:39.59. It was the Moroccan’s first-ever 1500 race as he broke Takieddine Hedeilli’s 2021 mark of 3:41.60. In the process, he is also the first Red Raider to go sub 3:41 in the event.

The Red Raiders close out the Corky/Crofoot Shootout Saturday with the senior recognition beginning at 2:30 p.m. on the main track area.