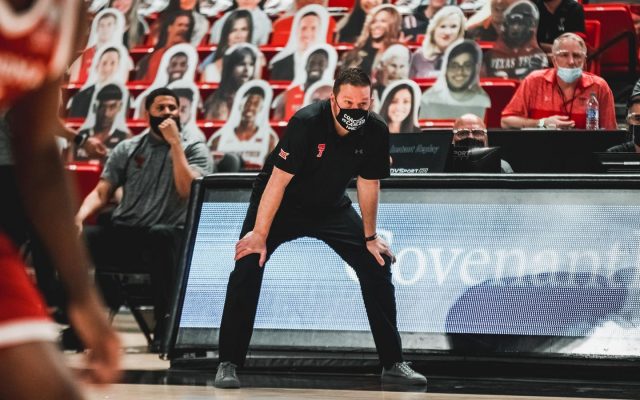 LUBBOCK, Texas – Texas Tech will finish off the regular season with four games in nine days after it was announced by the Big 12 on Tuesday that three of the team’s four postponed games will be made up next week.

The No. 18-ranked Red Raiders (14-8, 6-7 Big 12) are now scheduled for a three-game home stand starting against No. 14 Texas on Saturday before hosting TCU (Tuesday, March 2) and Iowa State (Thursday, March 4) at the United Supermarkets Arena. The regular-season finale takes Tech to play at No. 2 Baylor on Sunday, March 7 at the Ferrell Center in Waco. The pair of home games are set for a 6 p.m. tip and will be featured on Big 12 Now on ESPN+, while TTU and Baylor will be showcased at 3 p.m. on ESPN.

The Texas Tech at TCU matchup in Fort Worth that was postponed will not be made up this season.
The regular season will be followed by the Big 12 Championship which is set for March 10-13 at the T-Mobile Center in Kansas City, Missouri. Tickets for the postseason tournament go on sale at noon on Friday at T-MobileCenter.com.

The Big 12 made the announcement regarding Texas Tech games in conjunction with multiple other matchups next week. To avoid scheduling a team to play three games in successive weeks, the West Virginia at Baylor men’s basketball game scheduled for Thursday, February 25 has been canceled.