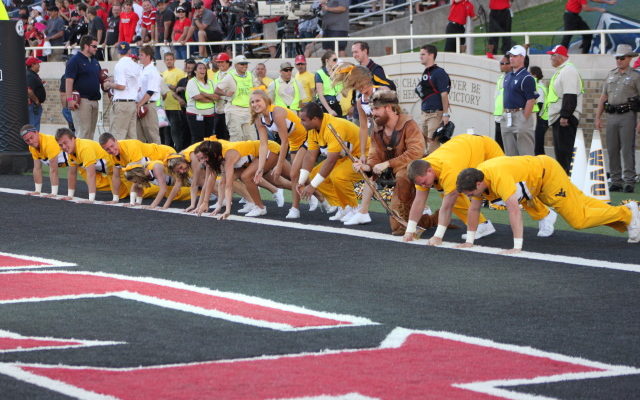 LUBBOCK, Texas – The Big 12 Conference announced Monday that Texas Tech’s second Big 12 road contest in as many weeks will kick off at 2:30 p.m. CT, 3:30 p.m. local time at West Virginia on Oct. 2. ESPN2 will broadcast the game nationally.

Texas Tech will look to make it three-straight wins against West Virginia, having won its last trip to Morgantown 38-17, and again at home last season 34-27.
After starting with the first two Big 12 games on the road, the first time since 2014 doing so, the Red Raiders return home to defend their 2-0 record at Jones AT&T Stadium by welcoming TCU for Homecoming on Oct. 9. A time for that contest is expected to be released by the conference office next week.
The Texas Tech Ticket Office, starting with TCU, is now offering a ticket two-pack for the Red Raiders’ return home. Purchase a ticket for any two of the remaining four home games starting at only $60.
More about:
Big 12
College Football
ESPN2
Lubbock
NCAA
Red Raider Football
Red Raiders
Rock 101.1
Texas Tech
West Virginia