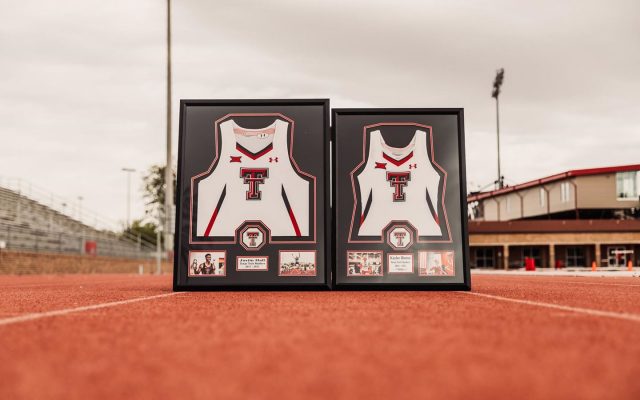 LUBBOCK, Texas – Texas Tech will make its final preparations for the postseason in what will be an exciting home finale. Dubbed the Corky/Crofoot Shootout, the Friday-Saturday meet will feature the recognition of 24 Red Raider seniors.

“This is a special group for me,” said head coach Wes Kittley. “They came back. A lot of these kids were done with their degrees, and when COVID hit they decided to take that extra year [of eligibility]. And what a tough year it has been. People have no idea what these kids have gone through.”

This weekend’s meet will serve as the regular season finale before the fast-approaching Big 12 Championships in mid-May. Of the 24 seniors, 11 fall into Kittley’s category of “COVID seniors,” or seniors who decided to return after last year’s season was cut short. The group includes Amanda Crawford, D’Jenne Egharevba, Kaylee Hinton, Sara Limp, Chinne Okoronkwo, Jadsia Warden, Karayme Bartley, Justin Hall, Takieddine Hedeilli, Chancellor Stephenson and Keion Sutton. When the 2020 season was cut short in Albuquerque at the NCAA Indoor Championships, five of those seniors were set to compete for national titles: Bartley (200m), Hedeilli (800m), Hall (long jump), Okoronkwo (pole vault) and Hinton (pentathlon). Despite not being able to compete, they were all named All-Americans.

“These kids came back so they could have something that was taken away from them: an outdoor season,” said Kittley. “Some of these kids haven’t run an outdoor season since 2018. It means everything to me that they honored Texas Tech and wanted to come back.”

The class of 24 seniors hails from eight states – including 13 from Texas – and four other countries. Fifteen Red Raiders have made Tech their home for four or more years, while an additional nine found their way to Lubbock after starting at other institutions.

The Corky/Crofoot Shootout will begin Friday, with the remainder of the meet and Senior Day recognition to take place Saturday.