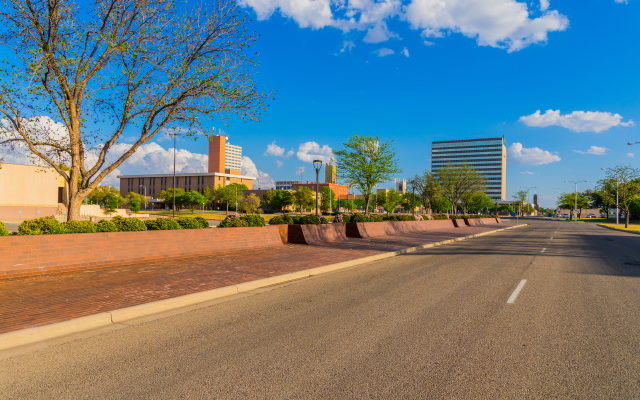 Downtown cityscape with roadway filling the foreground leading back to Lubbock skyline with clouds above, Texas

I hate change, but then since I’ve been in Lubbock this town has changed in so many ways.

First time I came up here for a visit was a great story, but almost no one would understand it today if I told it.

I drove up to meet some friends and they were trying hard to convince me to come to Texas Tech. So I drove in from Ft. Worth and they showed me the town. First we headed over the Chelsea Street Pub at the mall for lunch then over to Treasure Island to play some golf. We stopped by the campus and she showed me around. I really thought getting back to school would be cool and Texas Tech would be the place to go.

A stop at the Strip was next as I couldn’t visit Lubbock without visiting little Las Vegas.

We were planning to visit some friends who had been living in the Tech ghetto for years but they convinced us to out with them to the Depot Warehouse for a show.

A friend picked us up and we headed to Players because we were stupid and somehow after this night I got sick.

So the next morning we went to the drug store on Brownfield Highway.

We first stopped by Mesquite’s and had an outstanding ribeye with all the trimmings, then we walked over to watch Texas Tech football.

Nobody else was there. It was right before the Up the Hill, Down the Hall, Bam, that’s Tech Football time of year. We left the game at halftime because we got a pass out. We headed to On Broadway to watch a band setup and get a round. Then over to the Kitchen Club for a couple of shots before heading to Bash’s for one last round before heading back for the 4th quarter. After singing the Matador song we headed back to our car.

We had parked near the Brownfield highway, and headed for Cowpokes for a bit, then over to West L.A. After some dancing and fun, we decided we were hungry and headed over for a late bite to eat across from the pool hall.

We woke up early and headed to Stone Gate to get 18 in. Afterwards headed to K-Mart to get some new socks. I may have fell into the lake but that’s a story for another day. I was getting all stuffed up. We called it a day because the quack shack was closed. I drove back to Ft. Worth wondering when I’d head back…

I did and never really left.

So there was plenty of places I remember and a ton I’ve forgotten. Plenty of stories at the Winchester Twin, the Depot Restaurant, and many more locations that are long gone but for now… I’ll just remember the Lubbock I used to know.

Where are your favorite places in Lubbock history? Let me know…

More about:
Beyond the Mic with Sean Dillon
Lubbock
Rock 101.1
Sean Dillon