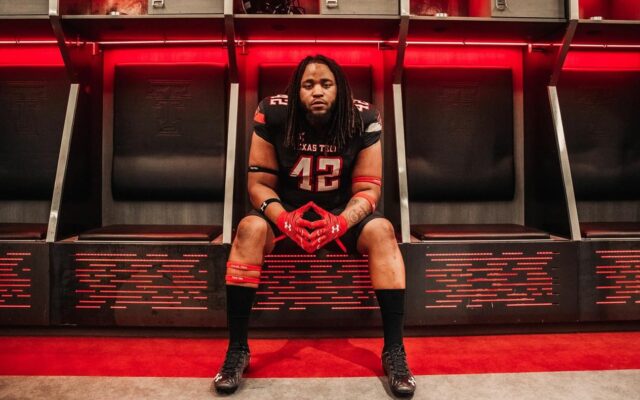 Scott, who played the last two seasons at Arkansas State, will use his final year of eligibility with the Red Raiders, giving McGuire and his staff additional depth along the defensive line heading into the 2022 campaign. He is expected to arrive in Lubbock in the coming week to begin Texas Tech’s summer workout program.

“As we crept closer to summer workouts, we knew we wanted to add another experienced piece to our defensive line and we found just that in Vidal,” McGuire said. “Vidal will be a great addition to our defensive line room with his experience and his ability to impact the game up the middle. We look forward to him joining our team in the coming week.”

Scott appeared in 23 games with 16 starts over his two seasons at Arkansas State where he combined to make 42 tackles, including 4.5 for a loss and 1.5 sacks. He put together his best season with the Red Wolves this past fall as he totaled 24 tackles, six more than his debut in 2020, which also featured a pass breakup.

Scott transferred to Arkansas State following one season at Hinds Community College in Mississippi where he tallied 18 tackles, including four that went for a loss. He garnered first team All-MACJC accolades that season after also notching a sack, forced fumble and a fumble recovery for a Hinds program that finished 7-3 overall.

The Red Raiders are less than 100 days from the start of the 2022 football season as Scott will make his debut Sept. 3 when Texas Tech hosts Murray State inside Jones AT&T Stadium.