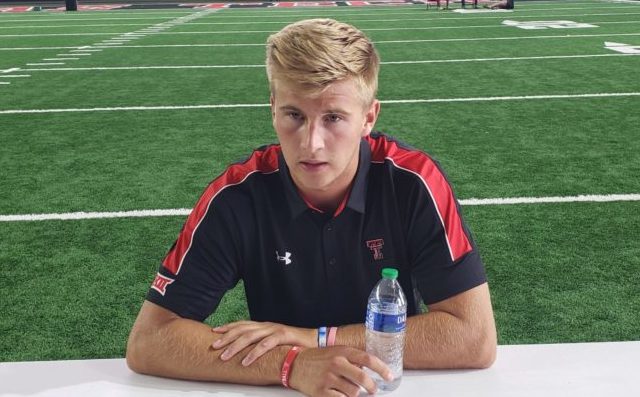 “As I’ve said for several months now, this is the most talented our quarterback room has been since we arrived here at Texas Tech,” Wells said. “After evaluating the entire body of work, we feel as a staff that Tyler gives this team the best chance to win. He is well-respected by his teammates, a tireless worker and has developed a strong understanding of what we want to do as an offense.

“Tyler’s arrival has only increased the competitiveness of our quarterback room as Henry Colombi has put together possibly the best camp of his career. Our staff has confidence in Henry’s ability to lead this offense, and I know he will continue to prepare with the same mindset. Donovan (Smith) and Behren (Morton) both have bright futures here at Texas Tech, and they will continue to battle for backup reps.”

Shough arrived at Texas Tech this past spring following three years at Oregon where he helped push the Ducks to a 5-2 record and a Pac-12 title last season. Shough threw for 1,559 yards and 13 touchdowns over seven starts during the 2020 season, his first as Oregon’s starter. He previously was the backup to eventual NFL first-round selection Justin Herbert as a redshirt freshman in 2019.

A native of Chandler, Arizona, Shough was among the top quarterback prospects in the country coming out of Hamilton High School as he was considered a top-100 prospect and the No.6 pro-style quarterback in the country by both 247Sports and Rivals.

Texas Tech and Houston are slated for a 6 p.m. kick Sept. 4 with coverage provided nationally on ESPN and the Texas Tech Sports Network.