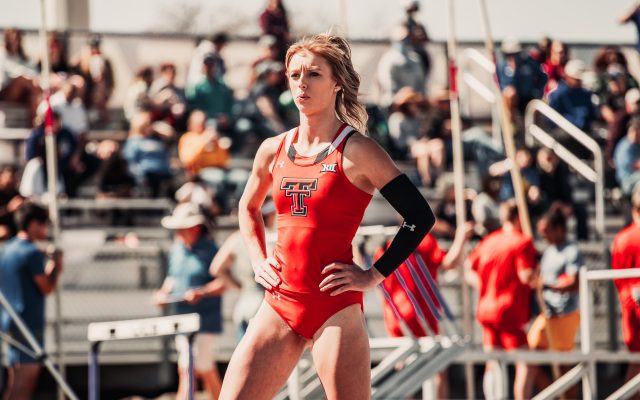 Tech’s women’s team was ranked fifth for a week in 2008 before jumping to fourth for two weeks and settling at fifth going into the NCAA Championships, where they would finish fifth.

Tech’s women rank fifth in the nation after an action-packed weekend in Austin at the Texas Relays. With nearly half the country in attendance, the Red Raiders turned in several top-10 national performances. In total, eight women came away with marks or times worth double-digit points to the USTFCCCA’s TFRI ranking system, which has Tech with 182.58 points.

An historic long jump series from Ruth Usoro led to 31.93 points towards the team’s total. Usoro recorded four jumps of over 6.70m, finishing with a top mark of 22’-2.25” (6.76m) – marking the first time in program history a Tech jumper has jumped over 22 feet. Usoro did it three times in the series. Monae’ Nichols downed the school record in the competition as well, finishing with a top jump of 21’-5.5” (6.54m). She contributed 26 points to the TFRI.

Tech will compete at the Baylor Invitational on April 3.