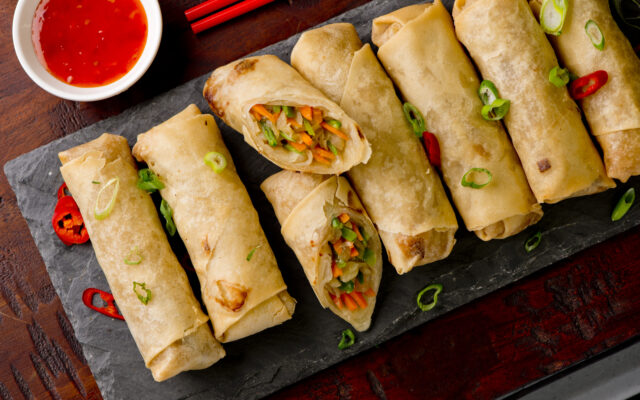 Eaters will have eight minutes to eat as many Outlaw Egg Rolls as possible in the newest addition to Major League Eating’s 2022 slate of sanctioned competitions. The stakes are high with a first-ever egg roll title and $4,000 in cash prizes on the line.

“Outlaw Egg Rolls is where Texas meets Asia,” said Major League Eating host Sam Barclay. “Major League Eating’s fiercest competitors will bring their A-game as they seek to set a new world record that will stand the test of time.”

The contest is part of an all-day event, which will feature a juried vendor setup as well as a farmer’s market.

Major League Eating (MLE), the world governing body of all stomach-centric sports, conducts more than 80 events annually, including the Nathan’s Famous Fourth of July International Hot Dog-Eating Contest in Coney Island, N.Y. The competitive eating community is made up of more than 8,000 veteran and rookie gurgitators who travel the nation in search of top titles and the glory that they provide. For more information, visit www.majorleagueeating.com, www.facebook.com/eatfast or Instagram / Twitter: @eatingcontest.