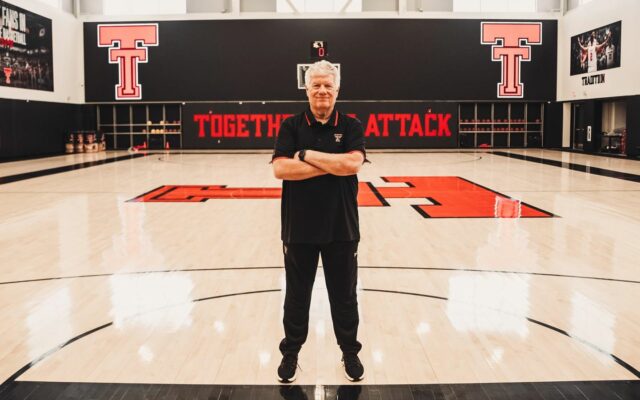 LUBBOCK, Texas – Texas Tech coach Mark Adams has announced the hiring of Steve Green as an assistant coach for the Red Raider men’s basketball program. Green led South Plains College to three national championships where he was the head coach for 22 seasons.

“I have a ton of trust and respect for Coach Green,” Adams said. “He has a great basketball mind and is as genuine of a person as there is. He’s a proven winner who understands the process it takes to win. He is a great offensive coach who will help us a lot on that side of the court along with being a great recruiter. He’s built relationships with coaches throughout the country and internationally for years. This is a great hire for our program.”

“Mark and I have a great relationship that developed through us competing against each other for so long,” Green said. “We’ve learned a lot about the game through each other. He’s helped develop Texas Tech into one of the best programs in the nation and I’m excited to be here to help. Texas Tech is full of great people that I’ve following for 20 years. It was a difficult decision to leave South Plains, but this is a great challenge in a big-time atmosphere that I’m really looking forward to.”

Green is one of four coaches to win three national championships in NJCAA history. He also led SPC to national runner-up honors at the 2015 national tournament. Along with national success, Green and the Texans won eight conference titles and seven regional championships. In 2012, Green led South Plains to a 36-0 record, claiming its second NJCAA National Championship and becoming just the sixth NJCAA undefeated champion.

During the 2018 season, the Texans ran the table as they knocked off conference foe Odessa College in the Region V title game to earn an automatic berth to the 2018 NJCAA Men’s Basketball National Tournament. The Texans earned a 98-95 victory over Southern Idaho to capture the program’s third national championship.

Green began his career as the head coach at Howard College from 1988-91 where he teams won two WJCAC titles, a regional title. He was 81-19 at Howard before moving over to Midland College where he 73-24 from 1991-94. A MC, Green won a regional title and made one national tournament appearance.

Green is a Miami, Oklahoma native and graduate of Oklahoma Christian University.