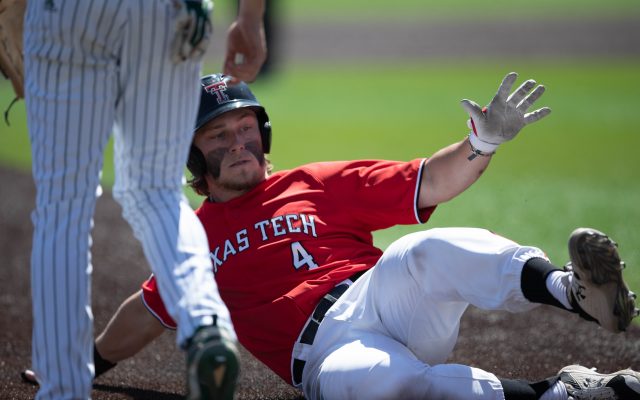 Texas Tech closed the MLB Draft with nine total picks, the second-highest total in the country

LUBBOCK, Texas – Texas Tech turned in the second-most Major League Baseball Draft selections of any team in the country Tuesday after Brandon Birdsell was picked in the 11th round followed by Dylan Neuse in the 17th round.

The two selections push Texas Tech’s MLB Draft total to nine after seven Red Raiders were previously picked Monday during rounds two through nine. The nine selections easily led the Big 12 Conference as the Red Raiders were tied with Arkansas and only trailed UCLA and its 10 draftees among schools nationally.

Despite only going 20 rounds, Texas Tech still managed to boast its third-highest draft haul in school history, matching its total from 2012 while only trailing the 11 Red Raiders picked following the 2018 season and the 10 players chosen in 2016. Texas Tech already broke its school record for top-10 round selections after seven Red Raiders were selected Monday.

Texas Tech has now had 59 MLB Draft selections since Tim Tadlock was named the head coach of his alma mater prior to the 2013 season. Birdsell became the 37th pitcher during that stretch to hear his name called as the Red Raiders have developed into one of MLB’s top pipelines for quality arms.

Birdsell was the fifth Red Raider pitcher to hear his name called this week alone when the Minnesota Twins took the right-hander with the 339th overall pick. The sophomore was 4-1 this spring with a 3.06 ERA and 36 strikeouts to only nine walks before an injury ended his season in mid-April.

This marked the fourth time since 2015 where the Red Raiders have had five or more pitchers selected in a single draft. He followed fellow pitchers Mason Montgomery (sixth round), Ryan Sublette (seventh round), Hunter Dobbins (eighth round) and Patrick Monteverde, who were all chosen Monday.

The Twins returned to the Texas Tech clubhouse later in the day, selecting Neuse at No. 519 overall after the junior hit .281 this season with a home run and 16 RBI from the middle of the lineup. Like Birdsell, Neuse’s season was also cut short due to an injury in April, leaving him as a .305 hitter for his career with 10 home runs, 79 RBI, 24 doubles and an impressive nine triples.

Birdsell and Neuse are the highest-drafted Red Raiders all-time by the Twins as the organization’s relationship with Texas Tech dates back to selecting Michael Davis in the 24th round of the 2018 proceedings and then Bo Altobelli in the 21st round of the 2012 draft.