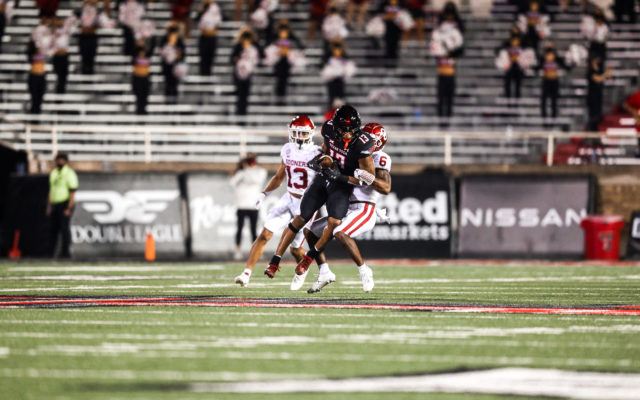 LUBBOCK, Texas – Texas Tech junior wide receiver Erik Ezukanma announced Thursday he will forego his final two seasons of eligibility and declare for the 2020 NFL Draft. Ezukanma will not participate in the upcoming AutoZone Liberty Bowl against Mississippi State.

“Words cannot explain how grateful I am to my friends and family,” Ezukanma said in a Twitter post. “I also want to thank every single one of my teammates that I’ve played with over the years. Thank you to Drew (Krueger) and his staff for keeping me healthy throughout my time in Lubbock. Most importantly, thank you to God as none of this would be possible without my faith. I have been praying for this opportunity since I was a kid. With that said, I have decided to pursue my dreams at the next level and declare for the 2022 NFL Draft.”

A two-time All-Big 12 honoree, Ezukanma caught 138 passes for 2,165 yards and 15 touchdowns during his Red Raider career where he developed into one of the most dangerous wide receivers in the country. Ezukanma, a second team All-Big 12 recipient this season, closed his Red Raider career with 48 receptions for 705 yards and four touchdowns this year, while also rushing 10 times for 138 yards and a pair of scores.

Ezukanma was inserted into two games as a true freshman in 2018, briefly showing signs of what was to come with two catches for 48 yards, one of which was a 45-yard scoring strike versus Lamar. He followed that next season with 42 receptions for 664 yards and four touchdowns as a redshirt freshman in 2019, the majority of which came late in the year during Big 12 play.

Ezukanma is the second Red Raider to declare for the 2022 NFL Draft as senior offensive lineman Dawson Deaton announced late in the season that he would not return for his extra season of eligibility from the 2020 COVID-shortened campaign.