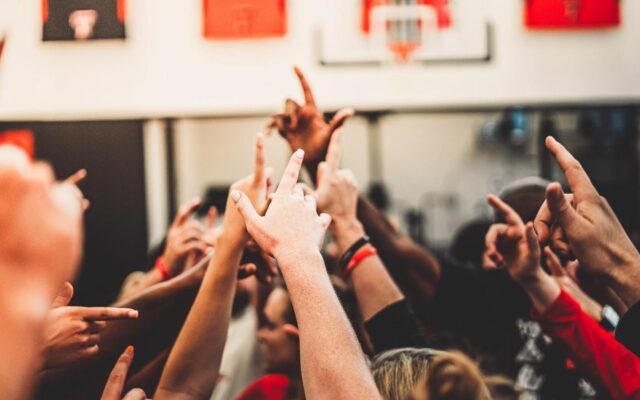 “I’m very excited about this recruiting class,” said Gerlich. “They each have elite athletic ability, strong fundamentals, they are incredibly coachable and will be great ambassadors for our university and program. With their addition, we continue to build Lady Raider basketball towards greatness. Our fans will love watching these girls play.”

Playing Career: Kilah Feelon has seen successes on the hardwood and on the track as a two-time varsity basketball letterman and a three-time track and field letter earner. Freelon helped lead Mullen High School to two 4A state titles in basketball, picking up Honorable Mention All-League honors along the way. She averaged 5.0 points, 4.3 rebounds, 1.0 blocks, 1.0 steals and 1.0 assists per game.

Personal: Kilah was born on Aug. 27, 2004, to Ronnette Rosborough and Steve Freelon. She has three siblings: Steve, Nevaeh and Kayla. Outside of athletics, Freelon spent time as a manager for her high school football team and was involved in the black and latino multicultural club. While at Texas Tech she plans to major in Kinesiology with hopes of playing in the WNBA or becoming an athletic trainer or physical therapist.

From Coach Gerlich: “I feel like Kilah will be a sleeper on our team and in our conference. Her potential has no ceiling. She is a long, athletic guard/forward who will be an elite defender for us on the perimeter. Kilah is very smart and extremely coachable. Lady Raider nation will love watching her play.”

Playing Career: Tara Kessner will join the Red Raiders as a transfer student from Kilgore College in Kilgore, Texas. During her time at Kilgore, Kessner helped lead the Lady Rangers to a Region 14 NJCAA Quarterfinals. She posted a career-high 13 points against East Texas Baptist and a career-best 17 rebounds against Killeen Force. Kessner earned NJCAA Academic All-American honors in 2019 and landed her name on the President’s List.

Prior to her time at Kilgore, Kessner played her high school career at Clear Lake High School in Houston where she helped her school to the state playoffs in three straight seasons. She earned All-District First Team honors her junior and senior seasons and was named All-District MVP as a junior. Kessner also competed in track and field as a two-time area runner-up and district champion in the high jump, qualifying for state in 2017.

Personal: The daughter of Harry Kessner, Tara was born on Dec. 26, 2000. She has one sibling, Betony Davis. She plans to major in Criminal Justice at Texas Tech with hopes of joining the military or becoming a state trooper in the future.

From Coach Gerlich: “Tara is exactly what we needed for our inside game. She is extremely tough, physically and mentally. She has a high release on her jumper and dominates the glass. Tara is so grateful for her opportunities that makes her play all out every time she takes the court. When we go into battle, we will be so glad she is wearing red and black because she is tough as nails!”

Playing Career: Bailey Maupin enjoyed a successful career at Gruver High School leading the Greyhounds to three district and regional championships and a Texas 2A state championship in 2020, the first in school history. The future Lady Raider has acquired numerous awards during her high school career including three-time District MVP, District Newcomer of the Year, TABC/DGCA All-State, TABC 2A Player of the Year and a McDonald’s All-American nominee. She is ranked as the No. 14 prospect at her position and 54th overall recruit in the nation by ESPN.

Maupin, a multisport athlete, is also a state champion in track and field, taking home the gold medal in the high jump while also earning a silver medal in the same event. She has two bronze medals in triple jump and was a state qualifier in the 4x200m and 4x400m relays. As a member of the tennis team, she advanced to a regional quarterfinal.

Personal: Bailey was born on Oct. 16, 2003, to Wylee and Julie Maupin, both of whom attended Texas Tech. She has three siblings: Wesley, Walker and Marlee. She is undecided in her major but hopes to find a career path that makes her happy and successful.

From Coach Gerlich: “I’ve known Bailey since she was in eighth grade and her signing to be a Lady Raider has been a long time coming. She has Red Raider blood in her family and is exactly what we want in our Lady Raiders, a gritty, hard-nosed, blue collar, smart basketball player who loves Texas Tech. She is a great athlete who will be an immediate impact player. I am very excited to get to coach Bailey.”