Lady Raiders Travel to Canyon for Sunday Matchup with UNLV 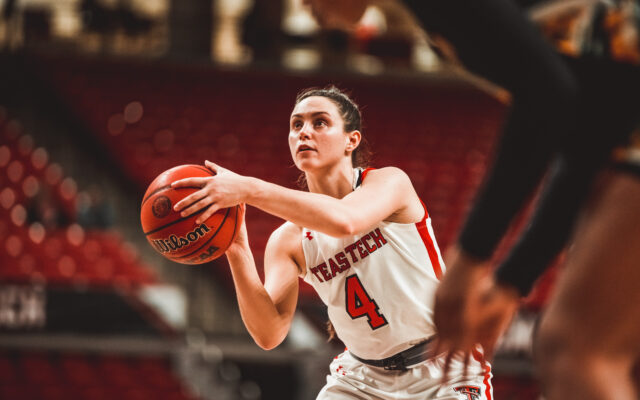 CANYON, Texas – The Texas Tech Lady Raiders head to Canyon, Sunday, Dec 12 for a 2 p.m. matchup with the UNLV Lady Rebels at the First United Bank Center.
The matchup will be a homecoming for five members of the Lady Raider program, as former Lady Buffs head coach and current Texas Tech head coach Krista Gerlich will make her return to Canyon. Former West Texas standout Lexy Hightower, Chief of Staff Jared Boyd and Director of Basketball Operations Jordan Vessels are also set to make their return to the FUBC, while Brynn Gerlich returns to Canyon, a place she also called home for over a half-decade.

Gerlich spent seven seasons as the head coach at West Texas, compiling a record of 168-53. She was the fastest coach in WTA&M history to reach 100 wins, 125 wins and 150 wins, and led the Lady Buffs to three Lone Star Conference titles during her stint in Canyon.

Hightower scored over 1,500 points in her career for West Texas and was a two-time Lone Star Conference Player of the Year. A graduate of nearby Amarillo high school, Hightower was named the 2-6A Most Valuable Player and was the Golden Spread Girls’ Player of the Year in Class 5A & 6A.

A former standout for the Lady Buffs, Vessels played in 126 games in her West Texas A&M career, including the 2014 D-II National Championship game.

A graduate of West Texas A&M, Boyd served as a student assistant under Gerlich, earning his Bachelor’s Degree in Sports and Exercise Science from West Texas A&M in 2012.