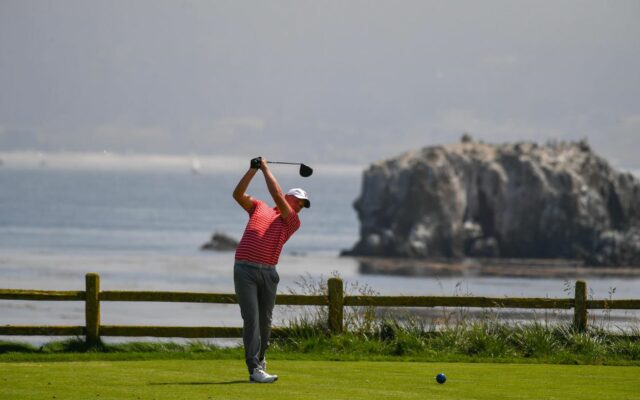 HOCKLEY, Texas – No. 10 Texas Tech finished as the runner-up at the Big 12 Match Play Tournament after dropping a 3-2-1 title match decision to No. 5 Texas on Wednesday at Houston Oaks. The Red Raiders advanced to the championship match with a 3-1-2 win over No. 1 Oklahoma to reach the finals for the second time in program history.

The Red Raiders earned their wins with a 5&4 from senior Kyle Hogan and a 1UP win from freshman Calum Scott against the Longhorns. Baard Skogen tied his match, while Andy Lopez, Garrett Martin and Ludvig Aberg took losses. Aberg, who is at No. 3 in the World Amateur Golf Ranking, finished the tournament with a 4-1 record after falling 2&1 to No. 2 Pierceson Coody. Hogan finished the tournament with a 3-1-1 record.

Texas Tech advanced to the championship match by running through No. 1-ranked Oklahoma in the morning session on Wednesday. The Red Raiders never trailed in the match and secured wins from Andy Lopez, Calum Scott and Ludvig Aberg to knock off Sooners. TTU needed just a tie to advance to the title match but cruised with the 1UP win from Lopez and 4&3 wins from Scott and Aberg. Kyle Hogan and Baard Skogen tied their matches.