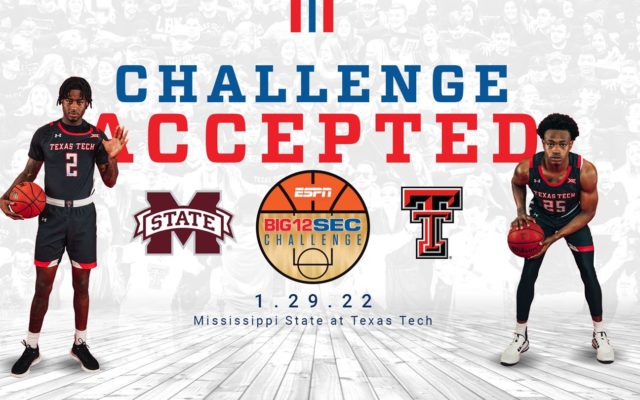 The ninth annual event will consist of 10 games as every Big 12 member faces 10 programs from the Southeastern Conference. This will mark the seventh consecutive year for all games to be played in one day. ESPN, ESPN2 and ESPNU will combine to televise the contests. Television designations and game times will be announced when available.

Texas Tech earned a 74-72 win over Mississippi State in the last matchup on Nov. 20, 2015 in San Juan, Puerto Rico before securing a 77-73 victory on Nov. 29, 2008 in Newark, New Jersey. TTU is 3-1 hosting a Big 12-SEC Challenge game with its only loss coming in overtime to Kentucky in the 2020 season. The Red Raiders have home victories in the event over Arkansas, LSU and Auburn.

Mississippi State is coming off an 18-15 overall record and advanced to the NIT Championship game last season.

The Red Raiders have announced two other games for this upcoming season, playing at Providence on Dec. 1 for the Big 12-Big EAST Battle and against Gonzaga on Dec. 18 in the Jerry Colangelo Classic in Phoenix.