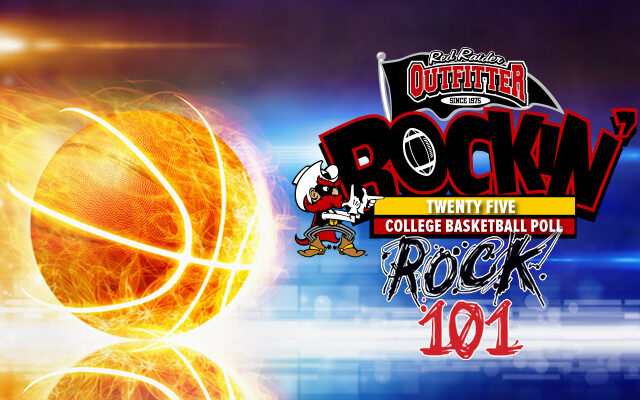 Erik Haslam – Proprietor of Haslametrics.com , an analytics website designed to offer team evaluation and predictive analysis for Division I college basketball. He also serves as an analytics consultant by contract for D-1 coaching staffs. You can find him on Twitter at @haslametrics.

Adam Glatczak – Small college columnist for Basketball Times magazine, a print monthly which has covered college basketball for more than 40 years. He previously wrote the past six years for independent website hoopville.com and in his day job is SID at Lakeland University, an NCAA Division III school in Wisconsin. Follow on Twitter @hoopvilleadamFollow on Twitter @hoopvilleadam

Connor Hope – is a contributor for Heat Check CBB and the co-host of the Hope & Rauf podcast. As a former hype man for the NCAA Refs’ Whistle Orchestra, Connor has been at the forefront of glorifying the high level foul calling that has found a place in the sport. You can find him and his random thoughts on Twitter: @CondorianFM

Kevin Sweeney – Founder and lead writer for CBB Central (http://cbbcentral.com ), a website devoted to covering all levels of Division 1 college basketball. Kevin is a senior at Northwestern University who also hosts a pair of podcasts, the CBB Central Podcast with Brad Cavallaro and College Hoops Coast2Coast with Brian Burton. You can find him on Twitter @CBB_Central.

Shelby Mast – has run BracketWAG for 16 years now and been with USA Today for 7. Married father of 3 and die hard college hoops fan since Bird-Magic! Member of the Super 10 Mock Committee in 2012 – sponsored by the NCAA and Turner Sports. Currently also writes a weekly column focusing on the Memphis Tigers tournament chances for The Daily Memphian. Previously wrote and did brackets for the Indianapolis Star. 9 years with CollegeInsider.com. Find him on Twitter @bracketwag

Sean Paul – Contributor for MakingTheMadness.com one half of the MakingTheMadness podcast alongside Jonathon Warriner. I cover every conference/school in the country but mostly am known for my mid-major coverage. Find him on Twitter at @Sean02MTM

Brian Rauf – is a college basketball writer and podcast host for HeatCheckCBB.com. His content has been featured by Sports Illustrated, Bleacher Report, and FanSided, among other publications. Rauf is also a current USBWA member and Rockin’ 25 voter. Find him on Twitter at @brauf33

Rocco Miller –  is a College Basketball enthusiast and analyst.  In addition to his duties as bracketeer.org , Miller is a Strategic Account Director at DocuSign and watches college basketball religiously in the winter, leading up to March Madness. Find him on Twitter at @roccomiller8

New voters this year (Blame them when your team ranking sucks) :

Tristan Freeman – Editor and lead writer of Busting Brackets, a college basketball blog part of the FanSided Network. A Pittsburgh native and hoops aficionado, I specialize in ACC, Big East, and mid-major content as well. Can find me on Twitter at @hoopsnut351 for all kinds of cbb takes.

Austin Massey – is a basketball Recruiting Analyst for 247Sports and Inside the Red Raiders with several years of basketball scouting and writing experience. Austin has a passion for basketball recruiting, relationship building, and writing about high school and college hoops. Austin brings a modern, analytical approach to his coverage and is a big fan of Kenpom and Haslam Metrics. Austin currently works full-time in the cyber security industry but will pivot into covering basketball full-time in the future.

Tobias Bass – is Texas Tech graduate that spent five years covering the NFL, NBA, College Basketball, and local sports. He is also a Fantasy Basketball Content Creator for NBC Sports Edge, College Basketball recruiting analyst and scout for The Field of 68 and NXT Pro Sports. follow him on Twitter @tobias_bass

The Rockin’ 25 will be released during the Red Raider Outfitter Rockin’ Pregame on 101.1 The Beard and on twitter @rockin25poll  in Lubbock during the College Basketball Season.