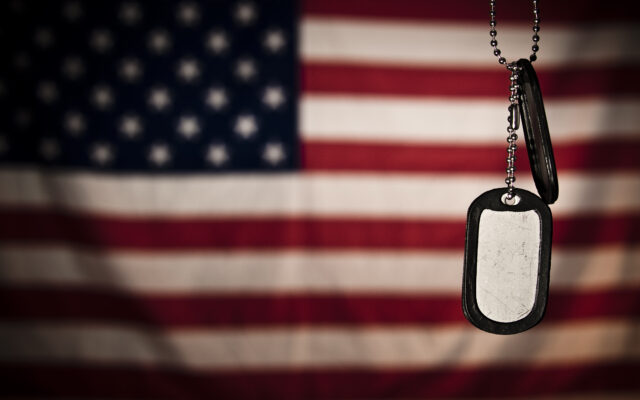 Dogtags hanging in font the flag of the United States of America.

On Saturday, August 13, 2022, join the Silent Wings Museum as we celebrate Spirit of ’45 Day and explore our new exhibit: A Legacy Remembered, for the story of perseverance and determination that defines the American Glider Pilot.

Spirit of ’45 Day recognizes the sacrifice and perseverance of the civilian population during World War II as the nation worked together on the home front to support American troops and ensure they had the resources they needed to accomplish their mission.

A Legacy Remembered is an exhibit looks back to the very busy first year of South Plains Army Air Field, highlighting the rapid development of both the facility and its mission to train World War II Glider Pilots.

Discover how a decades-long effort to salvage and restore CG-4A gliders resulted in the shining example here at the Silent Wings Museum, ensuring that the unique story of the World War II Glider Pilot would live on.

With this symbol of the service of the American Glider Pilot holding court, on October 20, 2002, Lubbock once again became home to the United States World War II Military Glider Program. The exhibit is open now through April 2023.

For more information, please visit our website at www.silentwingsmuseum.com, or call (806) 775-3049.

The Silent Wings Museum is located at 6202 N. I-27 in Lubbock’s old airport terminal.