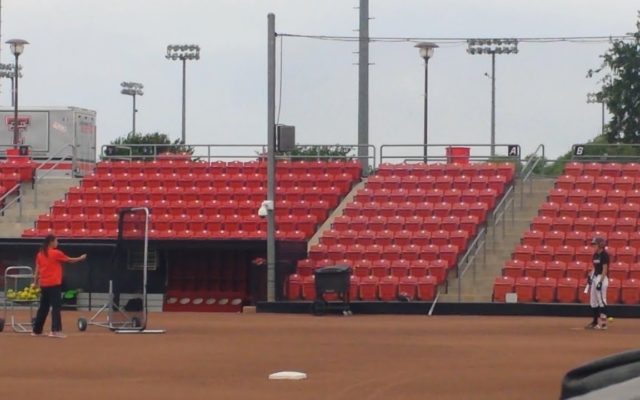 The Red Raiders scored 16 runs in two games against the Miners.

Erin Edmoundson and Missy Zoch had almost identical stat lines, each tossing one-hit complete game shutouts with six strikeouts and one walk. The Red Raiders outhit the Miners 19-2 in two games with sixteen runs scored and no runs allowed.

Karli Hamilton and Heaven Burton each reached career milestones as Hamilton recorded her 200th career hit in game one to move into a tie for fifth in program history. Burton swiped her 50th career base, moving into third place in school history in career stolen bases.

The Red Raiders used small ball in the first inning to load the bases as Yvonne Whaley, Burton and Hamilton each reached on bunt singles. A sac fly to left field from Maddie Westmoreland scored Whaley from third and a walk from Arriana Villa brough home Burton to give Tech the 2-0 lead after one.

Tech scored three more runs in the second inning sparked by back-to-back singles from Whaley and Burton that loaded the bases for Hamilton who drew a walk to bring a run across. A hit-by-pitch and catcher’s interference would allow two more Red Raiders to cross home, increasing the lead to 5-0 at the end of the second.

In the third inning, Hamilton sent her 26th career home run over the left center wall to put the Red Raiders up 7-0. Zoe Jones followed the home run with a single and a double from Westmoreland capped off a three run third.

The Miners broke up Edmoundson’s no hitter in the fourth inning with a double to right center, but UTEP was unable to push a run across in the inning.

Edmoundson (6-4) retired UTEP in order in the top of the fifth to earn her third complete game shutout in the Red Raiders first run rule win of the season.

A grand slam in the first inning from Ellie Bailey gave the Red Raiders an early lead in game two of the double header.

A leadoff single from Whaley, a walk from Hamilton and a hit-by-pitch from Jones loaded the bases for Bailey who sent a line drive shot over the left field wall for her first career home run. Following the grand slam, Arriana Villa singled and was brought home by Kelcy Leach who tallied her first career triple.

Tech extended the lead to 6-0 in the second inning after Burton singled and then stole second, forcing an errant throw from the catcher that went into the outfield, allowing her to score.

UTEP’s only hit of the game came in the third inning on a leadoff single to right. An error from the Tech defense and a walk would load the bases in the inning, but Zoch got the next UTEP batter swinging to end the scoring threat.

After Villa reached on an error, a single from Leach put two runners on base for Alanna Barraza in the bottom of the fifth. Barraza doubled down the left field line to score Villa and Jacee Hamlin for the walk-off run-rule win.

Zoch (6-2) pitched her second complete game shutout of the season and her third one-hitter.