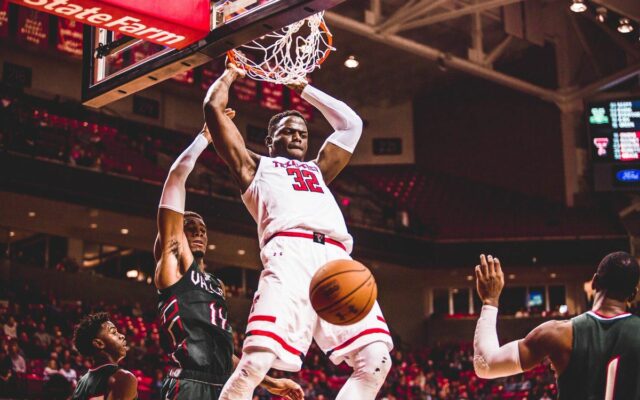 The Basketball Tournament (TBT) – the $1 million, winner-take-all summer basketball event broadcast live on ESPN networks – today revealed that Air Raiders, the Texas Tech alumni team, has been admitted into TBT’s 64-team field. Air Raiders will be competing in the Wichita Regional at Koch Arena from July 22-25.

The #5 seed Air Raiders will take on #4 seed Stillwater Stars in the team’s first-round game on Friday, July 22 at 3 pm CT. If Air Raiders advances to the second round, they will face the winner of #1 seed AfterShocks (Wichita State alumni) and #8 seed D3 on Sunday, July 23 at 7 pm CT.

TV information for the Wichita Regional will be released soon.

The winner of the Wichita Regional will face the winner of the Omaha Regional in the quarterfinals in Wichita on July 27. Semifinals will be in Dayton, Ohio at UD Arena on July 30, and the $1M winner-take-all championship game on Aug. 2

For more information on Air Raiders and tickets for this year’s TBT, visit TheTournament.com.
WES BLOOMQUIST