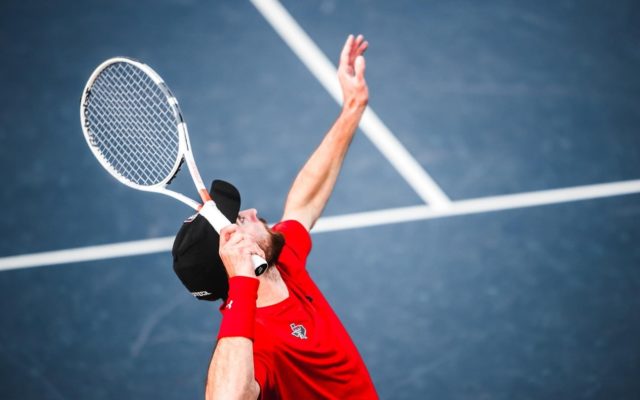 LUBBOCK, Texas – Texas Tech Athletics has announced a 20-year partnership with The Falls Tennis and Athletic Club to construct a new indoor facility featuring six courts that will be utilized by both of the university’s tennis programs.

As part of the partnership, The Falls will upgrade its existing four outdoor tennis courts to NCAA standards and construct two additional courts as part of a new 45,000 square feet indoor facility. Once construction is completed, Texas Tech will purchase the facility based upon the pre-approved cost and will then lease it back to the Falls to operate over the course of the agreement.

“We are pleased to enter into this partnership with The Falls Tennis and Athletic Club,” Director of Athletics Kirby Hocutt said. “The Falls has been a tremendous partner of Texas Tech Athletics for many years, and this new facility will only further invest in the development of our tennis programs as well as the sport of tennis throughout the Lubbock community.”

Texas Tech will have priority access to the facility once construction is complete, which includes designated times for training sessions for both teams and potential matches that are moved indoors due to inclement weather. At all other times, The Falls will utilize the facility for its members as part of its daily operating schedule.

“This is a unique opportunity for both The Falls and the Texas Tech tennis programs to partner together with the collective goal of growing the sport,” said Kris Kincaid, owner of The Falls. “This will give Texas Tech Tennis a first-class facility to help develop student-athletes and host the nation’s top matches. Concurrently, it will enable The Falls to grow regionally the game of tennis by focusing on junior development at an elite level. It’s a perfect fit, and we are super excited about this partnership.”

All six indoor courts will include digital scoreboards, a Playsight camera streaming system, umpire chairs, a sound system, spectator seating and Texas Tech branding, giving both programs state-of-the-art amenities they already enjoy at their outdoor home, the McLeod Tennis Center. In addition, as part of the roughly $4 million project, The Falls will construct adjacent locker room facilities for both teams that will feature additional space for athletic training and storage.

“This partnership will only enhance our ability to take our two tennis programs to new heights,” Director of Tennis Todd Petty said. “From a recruiting standpoint, this facility will allow us to showcase our ability to develop the top players in college tennis to the top amateur prospects across the world. The potential, here, is endless, and we couldn’t be more thankful to the donors and our administration who made this partnership possible.”

The Falls has already served as the gameday location when inclement weather has forced the Red Raider men’s tennis program indoors. The current facility at The Falls currently has only has four indoor courts, however, making it impossible to host a full slate of six singles matches at the same time.

Construction for the new facility at The Falls is slated to begin in the coming months.