Track & Field completes day one of the Corky Classic 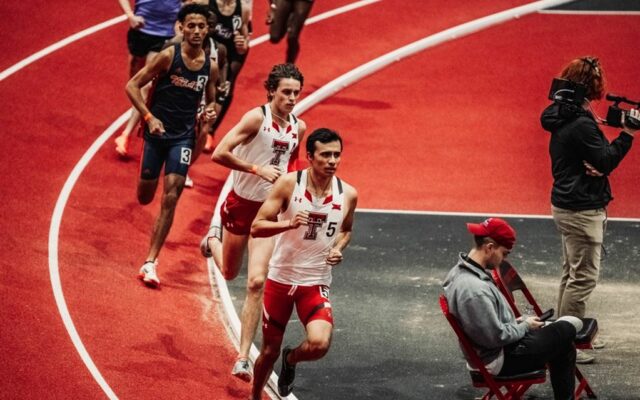 LUBBOCK, Texas – The Texas Tech track and field program capped off day one of the Corky Classic competing in six events as four Red Raiders walked away with first-place finishes, Friday evening inside the Sports Performance Center.

After stepping down as the head track coach in 1995, Oglesby remained active in the sport as he attended top events throughout the world each year as either a spectator or as a meet official. He later transitioned to a special projects coordinator in the Red Raider Club, a position he remained active in up until his passing in November of 2017. The inaugural Corky Classic would begin the following season.

In the women’s 600yd race, Lexye Price placed second overall and in her heat with a PR mark of 1:20.78. Newcomer Michaela Lewis finished second in the same heat, right on Price’s heels, clocking in a time of 1:21.83 in her first 600yd run. Two more new faces in Fanny Arendt and Torrye Tyler rounded out the top 8 for the Red Raiders. Arendt finished fifth overall (1:23.67) while Tyler took first in her heat (1:27.66).

It was an extremely close race in the 600yd for the men. Ryan Champlin clocked in a time of 1:09.60 for first overall as he edged out his fellow teammate Sven Cepus, who crossed the end line at 1:09.62.

The final event that Texas Tech participated in was the men’s 1000. It was the first 1000 that Marco Vilca ran in but that didn’t faze the Peru native as he placed first with a time of 2:26.48. In another extremely close race, Owen Likins was right behind Vilca, clocking in a mark of 2:26.92 for second place.

Day two of the Corky Classic begins Saturday morning at 11 a.m. with several field events along with the mile race.